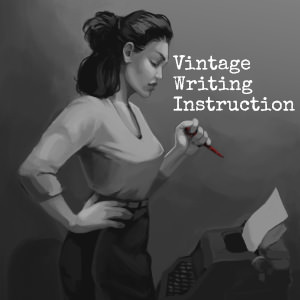 Episode 8: The Dramatic and the Undramatic

Originally published in the April 8th, 1922 issue of The Editor and is now in the public domain.

This article is written in response to the request of a faithful reader of The Editor, who asks someone to give several ways of differentiating drama from ordinary life, as well as different ways of building up a dramatic incident from a commonplace situation.” If, for example, a young woman lost her way because of the very ordinary fact of taking the wrong turn in the road when out walking, how can her return be made dramatic? She quotes the following as the “most illuminating sentence” she has found in her search for the truly dramatic:

“A street car wreck is melodrama; the wreck of a wife’s dream of saving her husband from financial disaster is drama.”

No writer can take a limited statement of this kind as an “illuminating” guide and arrive at any true sense of dramatic values. The author of the sentence doubtless had in mind that what we differentiate as melodrama is usually filled with the violent and the spectacular. Yet violence alone is neither melodramatic nor dramatic. There is no dramatic value in the wreck of a street car considered as an isolated fact, but if the wreckage is a part of the outcome in a story of conflict and suspense involving the salvation or the ruin of human beings, it becomes truly dramatic material, varying in value according to the technical skill of the author. The limited author may simply drag it in as spectacular material to fill up. The difficulty lies in a somewhat dogmatic attempt to line up and classify material as dramatic or undramatic apart from the use that is to be made of it.

To illustrate: Take the commonplace incident of the young woman who has lost her way. If she is lost long enough, if there is suspense and anxiety at home on account of her absence, if perhaps she has two lovers and one proves a hero and the other a coward in the night search for her, if she herself comes into a position of unusual emotional conflict because of her sudden awakening to vital differences in the two men, then the simple incident of being lost may be used in a drama of conflict. However, it remains an incident. A series of similar incidents such as being lost, finding the way home through the chance meeting with an old farmer, and concluding with nothing more unusual than a cold dinner, these are not dramatic material in themselves.

The wreck of a wife’s dream of saving her husband from financial disaster at once connotes the dramatic because it states a theme of conflict. Brander Matthews says that every kind of drama has the same starting point. Some principal character desires something and the exercise of a strong will against various kinds of opposition follows. The wife has a strong desire to save her husband, she works to that end, she either overcomes all obstacles or is overcome by them. The end may be either tragedy or comedy. The material might make a melodrama. The point of difference to emphasize is that this material satisfies the law of the drama that demands the assertion of the human will against opposition, the interplay of characters in action with suspense as to the outcome. The outcome, either of comedy or tragedy, could not be reached merely through a series of ordinary happenings, although a multitude of very ordinary incidents may be used in the development of such a play of home life.

A study of Shakespeare with an eye single to the kind of material he used will be illuminating. One who begins such a study will never be tempted to make a list of happenings and say these are to be used, others tabooed. If wrecks, spectacular happenings and violent deeds are the substance of melodrama only, then Shakespeare was a master of melodrama. His pages are filled with this kind of so-called melodramatic material. In every case, however, the reaction of violence on the characters he has created constitutes the real substance of the drama. One who has seen Macbeth remembers the sleepwalking scene forever. The murdered king, all the pomp and ceremony, and the brutal battles, produce less emotion at the time of their exhibition than the simple scenes showing the effect of mad ambition and murder on the souls of Macbeth and Lady Macbeth. To his genius both deeds out of the ordinary and commonplace incidents were made to yield their measure of dramatic values. The simple fact that two men looked alike produced the Comedy of Errors.

The form in which the material is east is, of course, another matter. Again a study of Shakespeare will aid in gaining a dearer notion of the difference between the narrative and the drama. Shakespeare has been called the greatest original genius and the greatest borrower the world has ever known. He did not originate his stories and plots. Several volumes have been written to show where these were gathered from old half-forgotten tales. His genius turned the simple folk tale or a combination of tales into the dramatic form through the technical use of the laws of the drama that demand conflict and suspense. To a certain extent suspense as to the outcome of a tale must be present when it is written in the narrative form. The difference will be made dear to anyone who will take the trouble to work over the exercise a teacher of my early days used to require. Read any one of Shakespeare’s plays that is based on an old tale easily found. Note the beginning, the conflict, the dash of characters, the different crises and the method of bringing all the elements of the drama together in the conclusion. Then read the simple narrative. Compare the two, note the differences in form of presentation and see what the dramatist must add to the narrative. Conversely, re-write the drama, making a fireside tale out of it, and see where you must begin and what changes are required, keeping the same characters and the same fundamental plot and story. This is by far the most illuminating exercise I have ever tried. If persisted in, it will give a growing sense of dramatic values, with a keener sense of what can be used and what should be discarded.

Freytag, whose “Technique of the Drama” sums up and classifies practically all that is known of dramatic theory from Aristotle to the present, says: “It is not the presentation of an event for itself but for its effect upon a human soul” that characterizes the drama. This is the conclusion of the whole matter of differentiating dramatic material.